Yannis Tsitos, President, commented, “Since the discovery and delineation of the Salbora deposit, the Company been focused on comparing IP anomalies with historic exploration results to prioritize our drill targets. This compilation has led us to the new discovery at Powis with a drill hole intercept of 10.5 metres grading 9.94 grams per tonne (gpt) gold (Au). Powis is 600 metres along strike from the Toucan Target (“Toucan”) with an historic adit grading 18.5 gpt gold over a 23 metre length (in-vein). Our goal during Q1, 2020 is to further expand on these initial positive results from the Powis and complete initial drilling at Toucan. By March, we will have 3 drill rigs operating at Eagle Mountain for both in-fill drilling of deposits and potential expansion of new discoveries.”

All sample preparation and geochemical analyses were completed by Actlabs Guyana Inc. in Georgetown, Guyana.

Hole EMD19-098 ended at 96.0 metres in high grade gold mineralization (see table above). Hole EMD19-097 intersected mineralization below the Company’s cut off grade of 0.3 gpt Au. Holes EMD19-093 to 095 were drilled to test an IP target 700 metres west of Powis but were below the Company’s cut off grade of 0.3 gpt Au. Shallow, less than 12 metres in length, geoprobe (sonic) holes EMC18-034 to 045 and EMC18-54 to 56 and EMC18-108-122 drilled west of Powis in 2018 returned no significant intersections within non-anomalous IP areas. Diamond holes EME19-021 to 026 have been drilled over the Friendly Target, approximately one kilometre to the northeast of Powis and will be reported in a separate news release after data compilation.

Geologically, the Powis and Toucan targets are dominated by mafic volcanic units with quartz-porphyry granitic intrusions. Gold mineralization in these areas is observed within quartz veins with gold, pyrite and molybdenum sulphides. Powis and Toucan are along a north-south corridor which passes through Salbora, 1.6 kilometres to the north (see attached Figures). Similarly to Salbora, there is cross cutting north-east trending post-mineralization doleritic dykes, which on the magnetic maps are shown as dilational jog structures. Recent preliminary IP chargeability survey results, show that the current drilling results are on the western edge of a strong chargeability anomaly, which no previous drilling has intersected. The preliminary geophysical results were received after the drilling holes EMD19-096 to 098, which were following up on historic drill results.  An expanded ground geophysical survey is in progress for an additional 62 line-kilometres. The geophysical survey is expected to be completed in February 2020.

Historic drilling at Powis and Toucan targets was completed as follows;

The following table shows the most significant results from the above historic drilling (uncut, undiluted) in Powis. A Qualified Person has not done sufficient work to classify the historical drill estimates as current mineral resources or mineral reserves. The Company is not treating the historical drill intercept mineralization estimates from Golden Star, IAMGOLD or the Guyana Geological Survey as current mineral resources or reserves, has not verified them and is not relying on them.  The Company currently does not plan to conduct any work to verify the historical estimates other than using them to guide its exploratory drilling work.

Historically, previous companies focused on the Eagle Mountain deposit for its near surface bulk mineable potential with smaller high-grade targets, like Powis and Toucan, of lesser priority. Goldsource believes these targets, like Salbora, could add significant ounces to help obtain its critical mass to complete its ongoing pre-feasibility study.

In Q1, 2020, the Company plans to complete additional expansion and in-fill drill holes for 4,000 to 5,000 metres at Eagle Mountain including the northern extension of Salbora, Powis – Toucan structural corridor, Friendly Target and Eagle Mountain Gold deposit. A third drill will be added to the project in March, 2020.

The Qualified Person under National Instrument 43-101 - Standards of Disclosure for Mineral Projects for this news release is N. Eric Fier, CPG, P.Eng, Executive Chairman and Chief Operating Officer for Goldsource, who has reviewed and approved its contents.

Goldsource Mines Inc. (www.goldsourcemines.com) is a Canadian resource company working aggressively to develop its advanced-stage, 100%-owned Eagle Mountain saprolite and hard-rock gold project in Guyana, South America. From 2016 to 2017, through a gravity pilot plant initiative, the Company completed testing on gravity-only gold production and both dry and wet mining open-pit techniques. Goldsource is now focused on expanding gold resources and delivering subsequent studies for decision-making on a large-scale gold production at Eagle Mountain. Goldsource is led by an experienced management team, proven in making exploration discoveries and in project construction.

CAUTIONARY STATEMENT AND FORWARD-LOOKINGDISCLAIMER
This news release contains “forward-looking statements” within the meaning of Canadian securities legislation. Such forward‑looking statements concern Goldsource’s strategic plans, timing and expectations for the Company’s exploration and drilling programs at Eagle Mountain; and information regarding high grade areas projected from sampling results and drilling results. Such forward‑looking statements or information are based on a number of assumptions, which may prove to be incorrect. Assumptions have been made regarding, among other things: conditions in general economic and financial markets; accuracy of assay results and availability of mining equipment; availability of skilled labour; timing and amount of capital expenditures; performance of available laboratory and other related services; and future operating costs. The actual results could differ materially from those anticipated in these forward‑looking statements as a result of the risk factors including: the timing and content of work programs; results of exploration activities and development of mineral properties; the interpretation of drilling results and other geological data; the uncertainties of resource estimations; receipt, maintenance and security of permits and mineral property titles; environmental and other regulatory risks; project costs overruns or unanticipated costs and expenses; availability of funds and general market and industry conditions. Forward-looking statements are based on the expectations and opinions of the Company’s management on the date the statements are made. The assumptions used in the preparation of such statements, although considered reasonable at the time of preparation, may prove to be imprecise and, as such, readers are cautioned not to place undue reliance on these forward-looking statements, which speak only as of the date the statements were made. The Company undertakes no obligation to update or revise any forward-looking statements included in this news release if these beliefs, estimates and opinions or other circumstances should change, except as otherwise required by applicable law.

Neither TSX-V nor its Regulation Services Provider (as that term is defined in policies of the TSX-V) accepts responsibility for the adequacy or accuracy of this release. 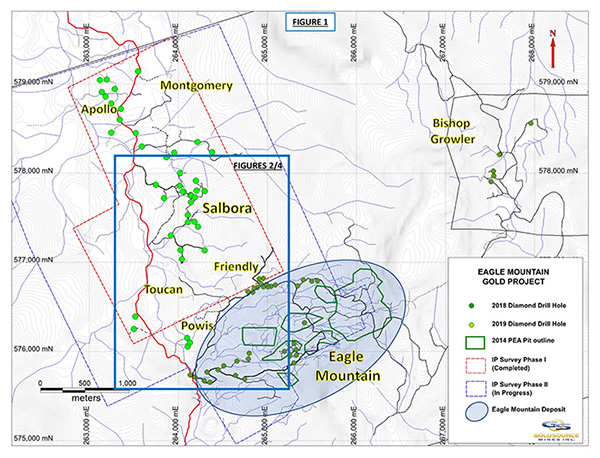 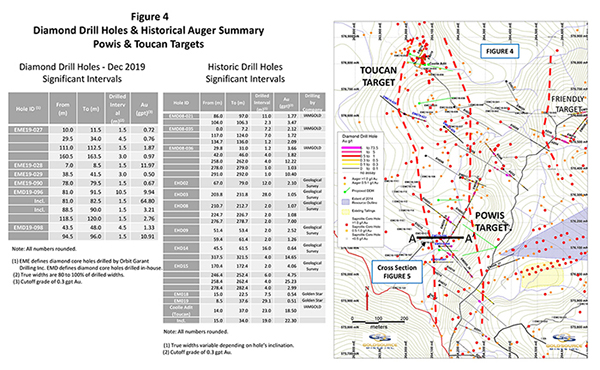 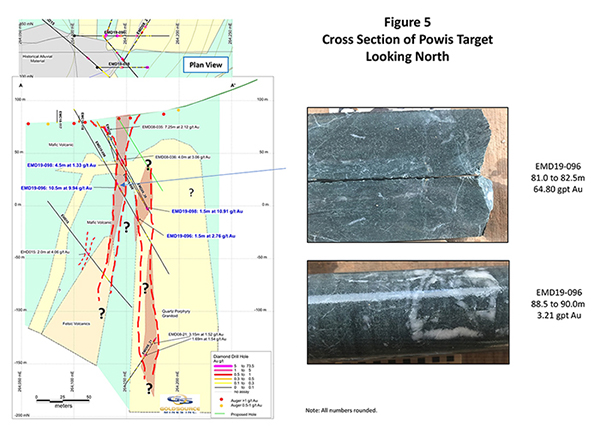