The Eagle Mountain Project comprises two gold deposits, Eagle Mountain and Salbora, in addition to several other exploration targets. The deposits are structurally controlled and considered to be part of the same mineralizing system. They are affected by a zone of saprolitic weathering up to 50 m thick and overprints earlier-formed mineralization in both the granodiorite and basalt but has not resulted in enrichment of gold in the saprolite horizon. 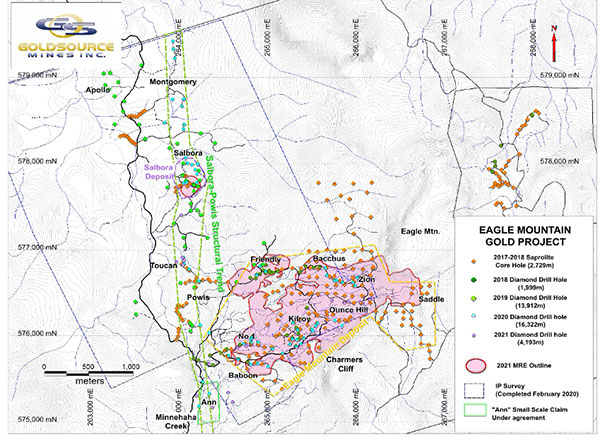 Gold mineralization at Eagle Mountain is associated with a series of tabular to gently undulating, shallow, dip-slope shear zones developed within a granodioritic host rock. The deposit has a lateral extent that covers an area of approximately 2.5 kilometres by 1.0 kilometre. Three discrete zones of alteration and mineralization have been delineated. Zone 1 is shallowest and outcrops at surface across much of the deposit. Zone 2 and 3 lie at depth below Zone 1 separated by low grade material. 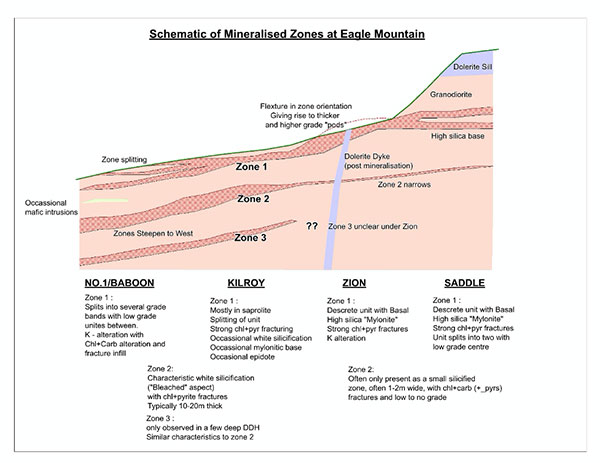 Gold mineralization at Salbora is formed by a series of north to northwest-trending, steeply-dipping   structures within a basaltic host rocks, on the margin of a monzonite intrusion. These steep structures (shear zones and breccia bodies) coalesce into a broader zone of brecciation that forms a near-surface sub-horizontal lens up to 100 metres thick and approximated 200 metres by 200 metres in area, where higher-grade gold mineralization occurs, and which represents almost 100% of the mineral resources of this deposit. 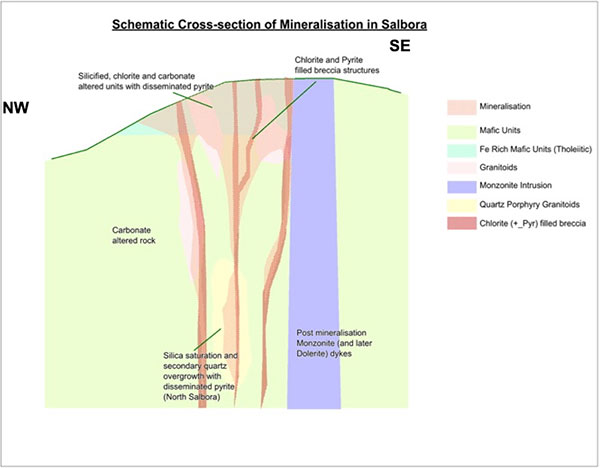 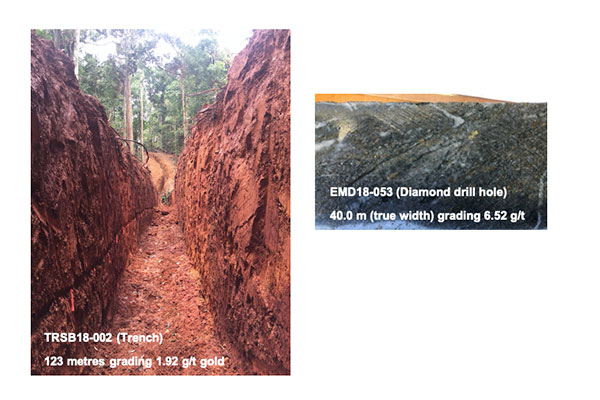